Coming out to the corridor, what Master saw was a strange sight where Servants who would fight with each other as soon as they saw their faces were smiling and talking like they were friends.

Master originally thought that it was the influence of Valentine's Day which mellowed everyone out, however, the appearance of Shadow Servant-like beings within Chaldea quickly changed the situation.
Master strikes them down to deal with them, but ended up gradually getting cornered because the shadows kept reviving no matter how many times they were defeated.

However, at that time, a mysterious Servant who suddenly appeared gave Master, who was facing a hard battle, an advice.
That, the only way to get rid of them is ――― "Love".

"Please feel free to give me instructions, Master.
Your Master's power, and my love's power, please test them out to your heart's desire." 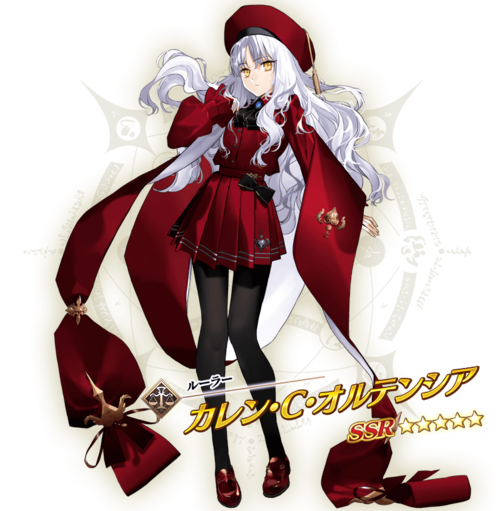 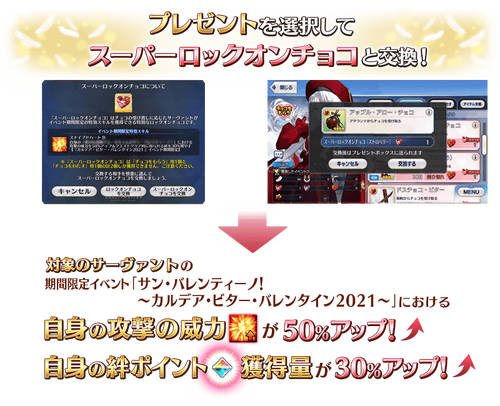