The Memoria of the Far Side of the Moon (月の裏側の記憶?) is a Mystic Code inspired by the Tsukumihara Academy uniform of the protagonists in Fate/EXTRA CCC.


The Quest for this Mystic Code was available during the Fate/EXTRA CCC×Fate/Grand Order from April 19th, 2017 to April 30th, 2017.

It is available for

in Da Vinci's Workshop for those who didn't get it from the event.

Chaldea Gate: Mystic Code - Memoria of the Far Side of the Moon Quest 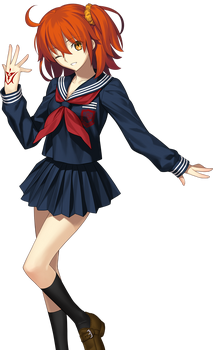