Lancer of Learning with Manga

Lancer of Learning with Manga

One of the manga's original Servants made with udon (and possibly Grail mud, like the others) by Assassin, she's a paleontologist with an eclectic mix of powers, an abiding love of women, and a murderous attitude.

Lancer's True Name is unknown. She is shown speaking in an accent, along with having a pet dog.

After kicking Rider into a ditch, she mentioned that she may be worth something of value after "150 million years". Upon seeing Artoria, she is immediately smitten, feeling the grandeur of her tremendous history, and desiring to be accepted by her.

Lancer is shown attacking through impalement with her lance. She also has a "thunder god's hammer" that is capable of shooting "1.21 jigowatts" of electricity, which she strikes Rider with a cry of "100,000 Volts". She is also able to pull dinosaurs from the ground based on her discoveries, such as an Ichthyosaurus or a Plesiosaurus, and wield them as her lance. 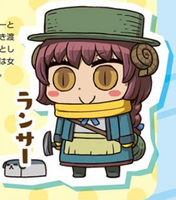 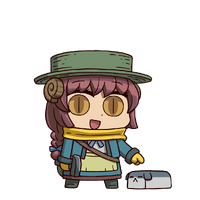