Anti-beast magecraft, hiding his scent, survival in the wild

Kadoc Zemlupus (カドック・ゼムルプス, Kadokku Zemurupusu?) is one of the seven Crypters, Masters attempting to supplant the Greater History of Man with that of the Lostbelt in Fate/Grand Order : Cosmos in the Lostbelt. He is the Master of Anastasia Nikolaevna Romanova. He was formerly one of forty-eight Chaldea Master Candidates and a member of A-Team.

Kadoc was recruited into Chaldea Security Organization, Kadoc became one of the forty-eight Chaldea Master Candidates and a member of A-Team. Kadoc plans to summon a Caster-class Servant since his magical energy was low, he wanted to avoid high-consumption combat Servants.

A silver-haired and slim young boy. Da Vinci describes him to be a youth with a gentle smile. He has light brown eyes, silver accessories and wears an overcoat.

Da Vinci mentions him to have masochistic tendencies and being timid, but a mythology enthusiast and an avid reader. Mashu Kyrielight observes him to be always paying attention to his surroundings. But, he is somewhat sensitive about being pessimistic.

When he joined Chaldea, Kadoc was happy because he was not chosen due to his bloodline or his magecraft but for his capability to be a Master, a strength that he was born with. After he joined the A-Team, his feelings of inferiority became even stronger, as all his colleagues were first-class geniuses. Even so, he chose to whole-heartedly do his best to protect the Human Order, but his inferiority complex grew even larger after everything was rendered meaningless by Lev Lainur Flauros' sabotage and the subsequent revival of A-Team by the Alien God. Upon his revival, Kadoc learned of the Master and their success in restoring the foundation of humanity. Learning that a complete amateur, even more unremarkable than he, was the one who took the main stage and accomplished the great deed he was supposed to brought about an intense feeling of jealousy and frustration.

Kadoc was said to be a mediocre Magus with low magical energy, but Kadoc has a high Rayshift aptitude. His circumstances bear similarity to Fujimaru Ritsuka's, as Kadoc was but an average person among A-Team's lineup of geniuses and nobles. Both his resourcefulness and lineage as a magus are commonplace; the history of his family’s Magic Crest brief, (about two hundred years old) so he is not a member of a bloodline that has anything to be proud of.

The spells Kadoc uses are called: 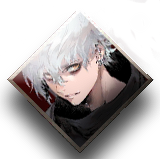 Lostbelt reveal
Add a photo to this gallery
Retrieved from "https://fategrandorder.fandom.com/wiki/Kadoc_Zemlupus?oldid=884762"
Community content is available under CC-BY-SA unless otherwise noted.