Fate/Grand Order Wiki
Register
Don't have an account?
Sign In
Advertisement
in: Campaign, Anniversary and Milestones, Quests,
and 6 more

Two new types of Daily Quests will be released:

Daily Missions are reset every day at 0:00 JST.

特別召喚 (Special Summon?), as of August 1, 19:00 JST, all players who have cleared Fuyuki are eligible to obtain 1 SSR (out of a pool of 32 Servants) free of charge, with no strings attached. 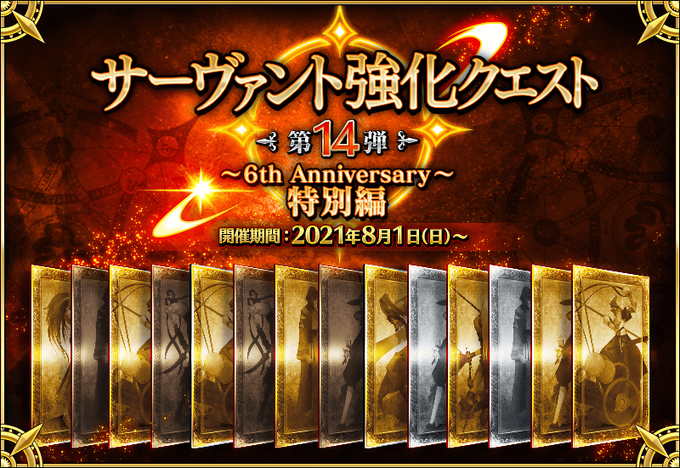 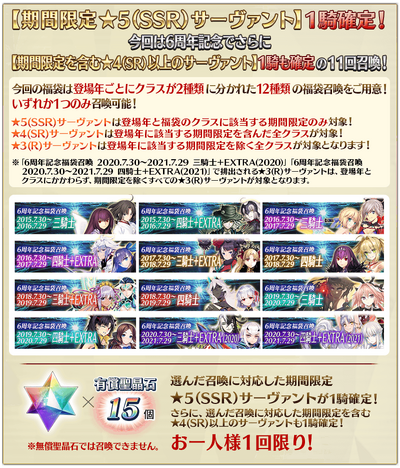