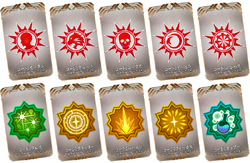 Command Code (, ?), also known as Command Crest is a new type of Card-Item that is meant to be engraved into any Servant's Command Cards.

Command Codes were announced on F/GO 3rd Anniversary as part of their 10 Great Campaigns, while its implementation was on July 31,2018 18:00 JST.

The method to obtain this new card-item is similar to Status Up Cards, either through Friend Point Summon or Da Vinci's Workshop, or even through Time-Limited Events or Campaigns. 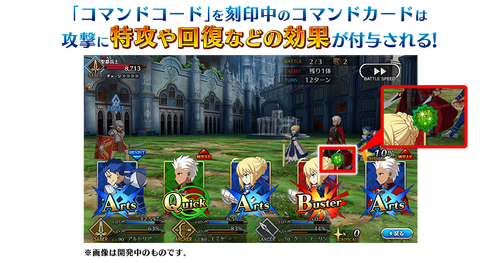 By engraving such card-item into a Command Card, that particular Command Card will gain new effects, such as Heal an Amount of HP upon attacking using that Command Card. This also means that this system treats each Command Card as a distinct card.