Command Card Strengthening (コマンドカードを強化?), also known as Command Card Upgrade, is a new feature introduced during F/GO Fes. 2019 ~4th Anniversary~. This feature gives the opportunity to all Servants in game to enhance the base attack of their Command Cards. The UI is similar to Command Code Engraving, where after you have selected a Servant, you will need to select which Command Card to strengthen.
As of the update of this new feature, the Weekly Login Bonus will now include

1 at every 7th Day of the login streak.

Steps to Do Command Card Strengthening:

Other Things to Look Out For: 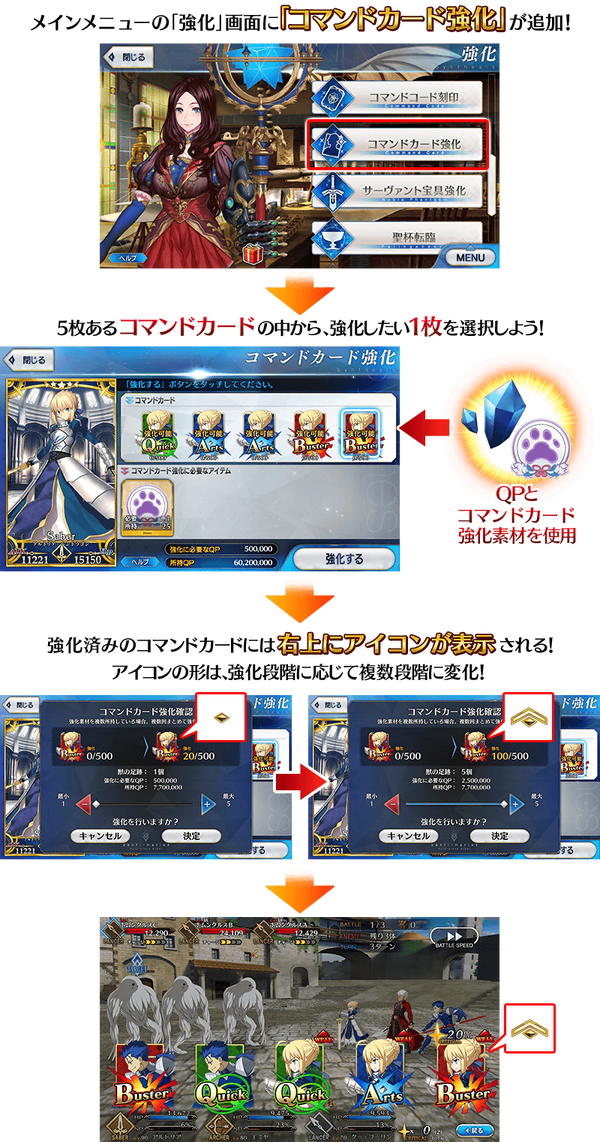