For other traits, see Traits.
Below Servants are only reflected in certain Character Skin of Ascension Stages:

Expand About Round Table Knight. 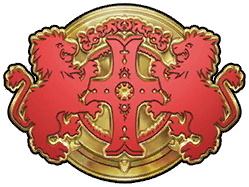 This category is for the Knights of The Round Table of Camelot, based on the Arthurian Legends.
This page includes those who were part of the Round Table Knights and also all the variants who are related to it.

This list was created due to the nature of Round Table Knights Summoning Campaign which involves the related group of servants. More lists of other groups of Servants will be created when they grow in numbers.