Assassin of Learning with Manga

Assassin of Learning with Manga

Presence Concealment
D
Filing
A
Coercion
A
Espionage
A

One of the manga's original Servants, made from udon dough and Grail mud, and raised to maturity by Olga Marie Animusphere. A creepy woman who waves a gun around and has little sense of privacy.

Assassin's True Name is unknown, however she has been called the first director of the FBI, which all but explicitly says that her real identity is J. Edgar Hoover.

She is summoned as a female due to stories of him cross-dressing at homosexual parties. She has raven black hair and dark blue eyes, her bangs covering her right eye. She is initially shown wearing a black lingerie gown, but is also shown to wear a brown suit with a red tie, gloves, and a hat. She's also shown frequently with a cigar. 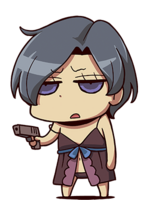 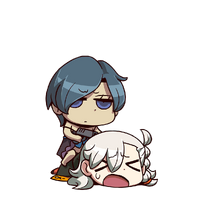