The Anniversary Blonde (アニバーサリー・ブロンド?) is a new Mystic Code, inspired by Artoria's casual outfit in the Fate/stay night Visual Novel and anime. This is the first time-limited Mystic Code which can only be earned within a fixed duration.
Mystic Code made to imitate the King of Knight's casual attire.

The Quest for this Mystic Code was available during the 5M Downloads Campaign from February 3rd, 2016 to February 10th, 2016.

It is available for

in Da Vinci's Workshop for those who didn't get it from the event. 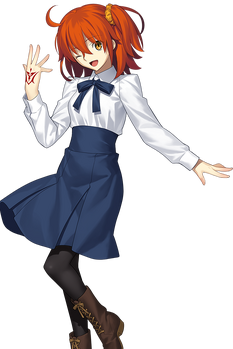